There is absolutely no doubt that FinTech revolution is here to say. Since 2007, 2008’s financial meltdown, banks, financial institutions, credit unions and the like have retrieved into darkness.

The banks have essentially become the bunching bags for politicians and financial regulators which gave birth to marketplace, p2p lending, crowdfunding, distributed ledger, cryptocurrency. They are destroying the traditional financial and banking system at an unstoppable speed.

The big bank’s investment in technology has fallen behind. Their learnings from customer’s transaction behavior is biased by their tightened credit standards. Most importantly there is a talent drain which they can’t stop. The average banking associates tenure has fallen to a all time low. Sophisticated and aspiring technologists, credit analysts and professionals find it difficult to grow and learn in a big bank and most choose to join a fintech startup to jump start their careers. 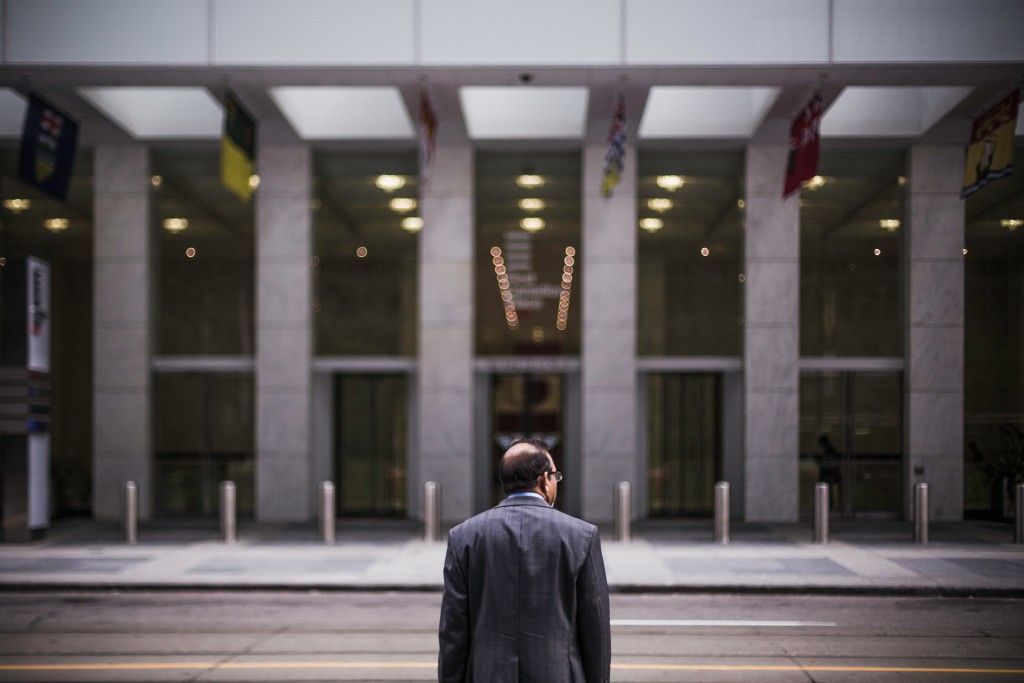 Yes and the reason is simple. When old world stops innovating, the next generation takes over. Especially the entrepreneurs and innovators in Silicon Valley have found themselves to fill this void. The combination of technological know-how, tenacious curiosity to innovate and our changing economy, FinTech could not have born at a more perfect time.

Prosper Marketplace, founded by Chris Larsen (the founder of E-loan, now CEO of RippleLab) and John Witchel (Co-Founder and CTO of Prosper Marketplace) over 10 years ago and utterly revolutionized the way we borrow and most importantly the way we invest. Prosper ushered in a new era of creating liquidity for the people, by the people.

With the new management team under Aaron Vermut, Rob Suber, Prosper is poised to differentiate itself under the shadows of LendingClub. 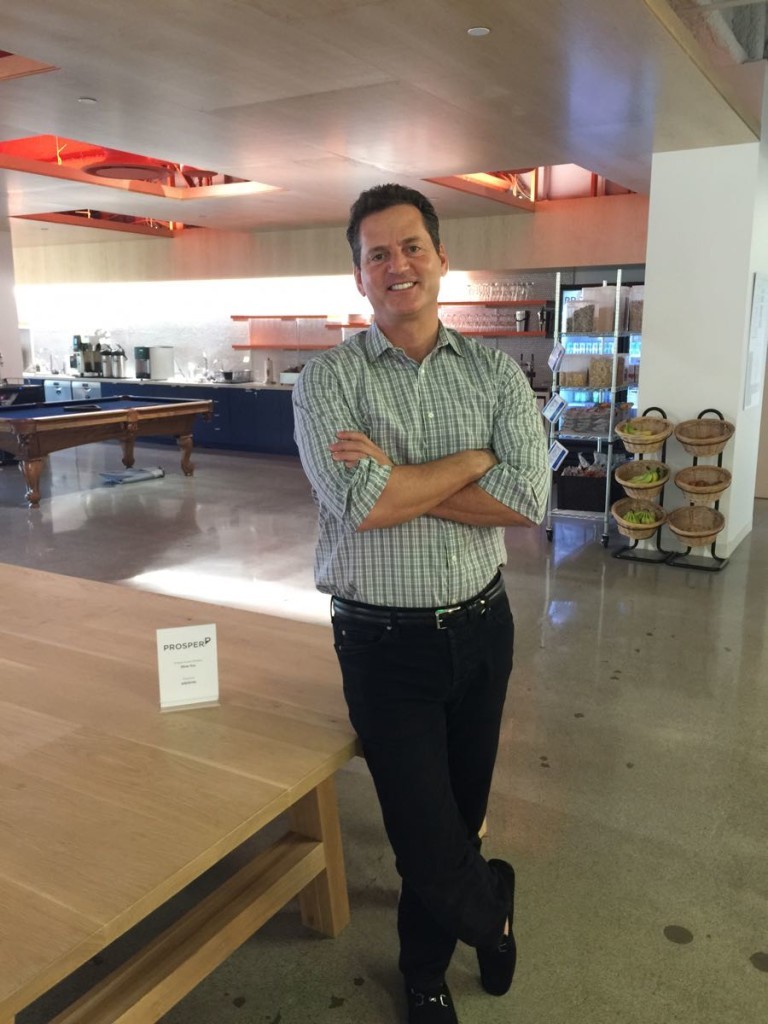 LendingClub followed suit in August 2007. Cut to exactly 7 years later on Dec 10th 2014, LendingClub raised almost $900 million in the largest U.S. tech IPO of 2014, valuing the company at $8.5 billion. LendingClub to date has lend over $16 billion in loans since inception.

Avant Credit started off as state by state licensed pay day lender back in 2012 charging well over 260% APR has graduated evolved into a 36% personal loans product.

Avant along with ZestFinance brought forth machine learning and big data concepts into credit underwriting which created a tremendous amount of buzz a few yeas ago. 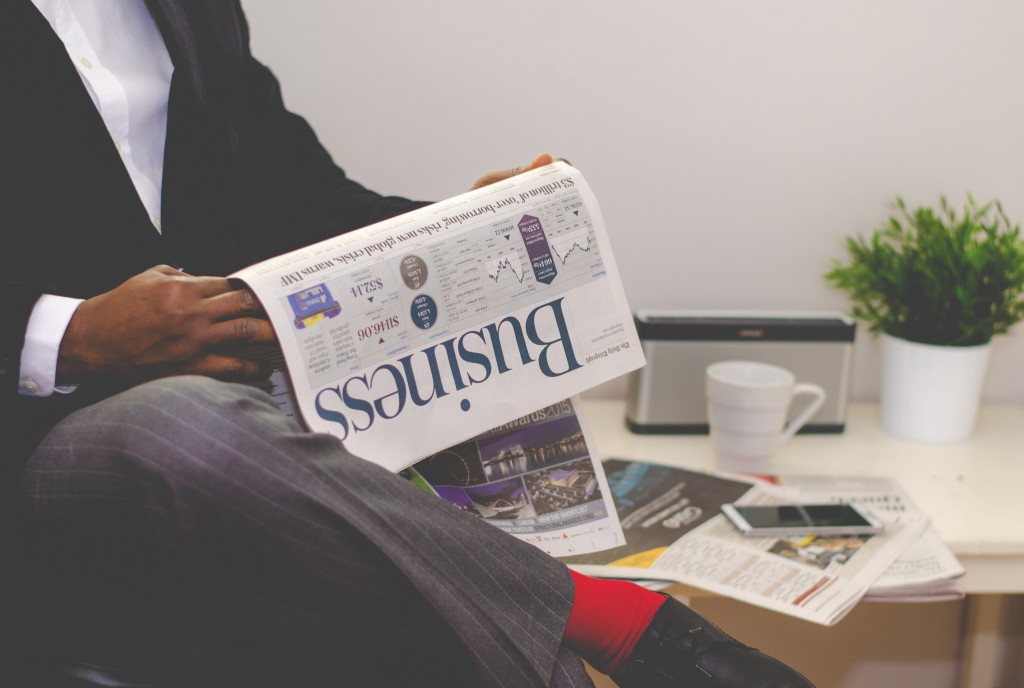 After LendingClub, Prosper Marketplace, Avant Credit. The likes of CommonBond, SoFi, UpStart, LendUp, Zopa, CircleBack Lending have all given their fair shake of the crowded marketplace lending space.

As personal loan space experienced a phenomenal growth spurt, other verticals such as Small to Medium Business loans enjoyed a bit of a renaissance as well.

Kabbge, led by Rob Frohwein, Marc Gorlin (CEO of Roadie), Kathryn Petralia came on the scene in 2009 changed the way we looked at entrepreneurship brought much needed credit and liquidity to fuel the biggest part of the U.S. economy.

True to their word, they have brought big data analytics to small business lending. Who would have thought that by looking at shipping information, payment receivables and accounting books is the key to provide the much needed insight that credit scores of the small business owner wouldn’t otherwise provide.

Based out Atlanta, GA. The founders of Kabbage had deep ties with CompuCredit, a  subprime credit card company based out of atlanta that eventually changed their name in 2012 to Atlanticus Holding Company. They leveraged their credit and technology experiences and created something completely ground breaking. Karrot, and the Kabbage Lending Platform are just some of the latest innovation into personal loans and ventures in the international market came out of the Kabbage as of late. 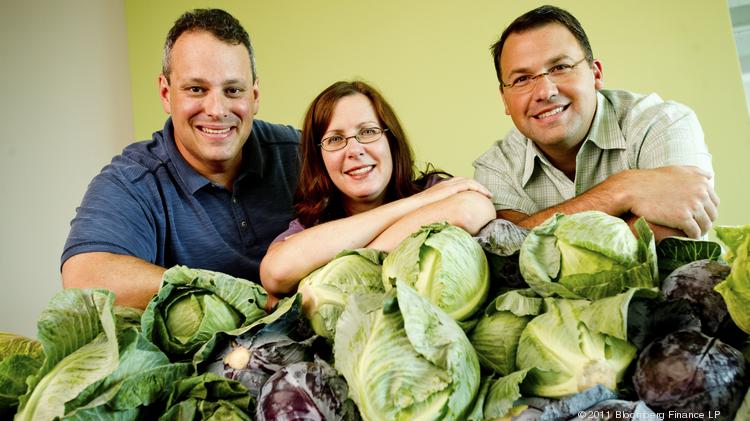 We can’t move on to another FinTech topic without mentioning OnDeck. OnDeck and CAN Capital was locked into somewhat of a competition for the number 1 spot. Due to various reasons, CAN Capital faltered and OnDeck took the opportunity and became a billion dollar lender.

OnDeck, founded in 2006 and headquartered in New York City came out swinging and dominated the market. After a failed attempt to be purchased by Wonga.com in 2013, on Dec 17th 2014, shortly after the successful IPO of LendingClub, OnDeck has gone IPO with a $1.3 billion valuation.

OnDeck was founded by Mitch Jacobs, a financial software engineer. Later he hired Noah Breslow, now CEO and started OnDeck in 2006. Perhaps the most touted item from OnDeck is its OnDeck score. OnDeck Score is a their proprietary assessment of creditworthiness. OnDeck also employs big data approach by analyzing thousands of attributes such as cash flow, credit profile, social data and other publicly available data to assess the borrowers propensity to repay debt. 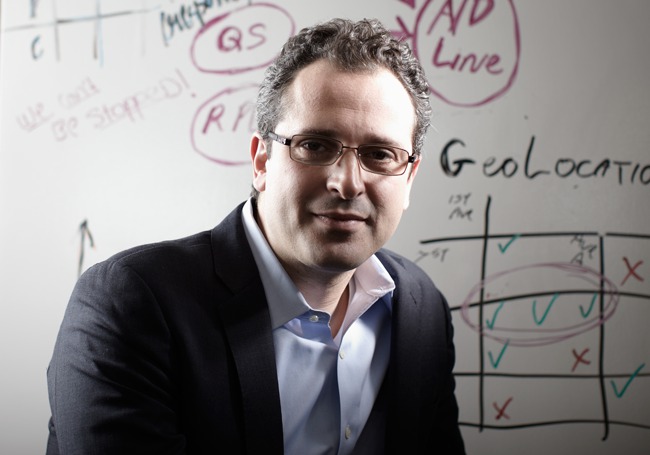 Today, there are a ton of fast followers in the small business lending space. Biz2Credit, Fundera, LoanMe, SnapCap, National Funding, DealStruck just to name a few.

Ultimately, vertically integrated and Point of Sale lenders will find its footing and grow into an unique space of their own.

Blockchain, distributed ledger and cryptocurrency is the future. With the struggle between privacy and secrecy, the underlying principals of “proof of stake” movement eventually made it int mainstream consciousness.

Beyond the continuing struggle to remain absolutely private when it comes to financial transactions, there are some amazing implementations of the distributed ledger which will revolutionize financial fraud prevention. The double spend problem in the current financial system will be virtually eliminated by using a distributed ledger where everyone has a record of everyone else’s transaction records, also known as block chain.

The Future has You – FinTech Singularity

We simply don’t know what the future holds in fintech as we know it but we know that it is accelerating at a break neck speed. Will creditworthiness, payments, cryptocurrency, trust, privacy collide into a singularity? We don’t know, but we know it’s just beyond the horizon. 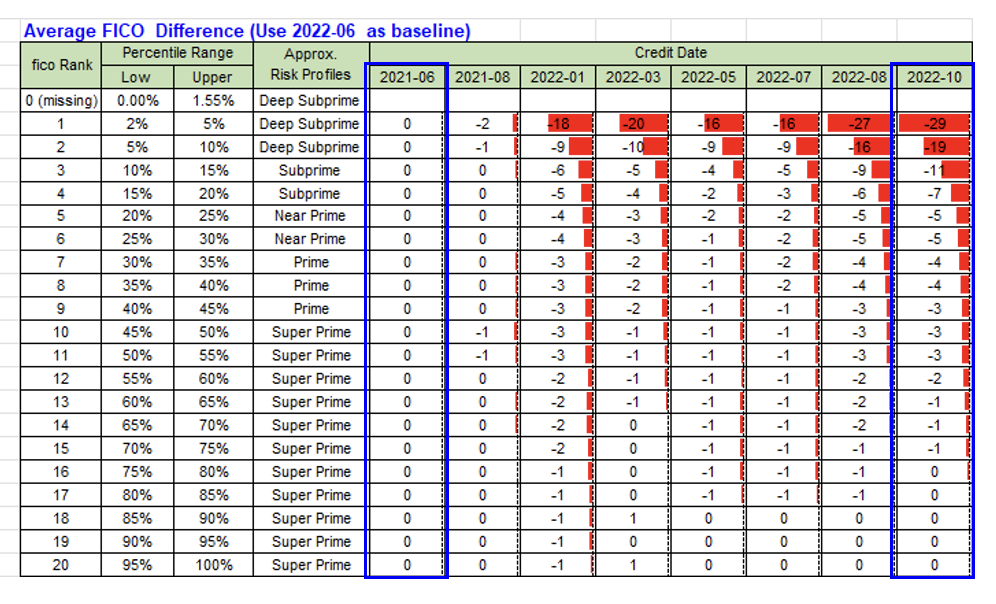 We tracked nearly 170 million US consumer over a period of 16 months from June 2021 to Oct 2022. MaxDecisions research staff have found that deep subprime, subprime or near prime US consumers have experienced a significant deterioration in their credit score due to inflation and unemployment.

Get a consultation for free.